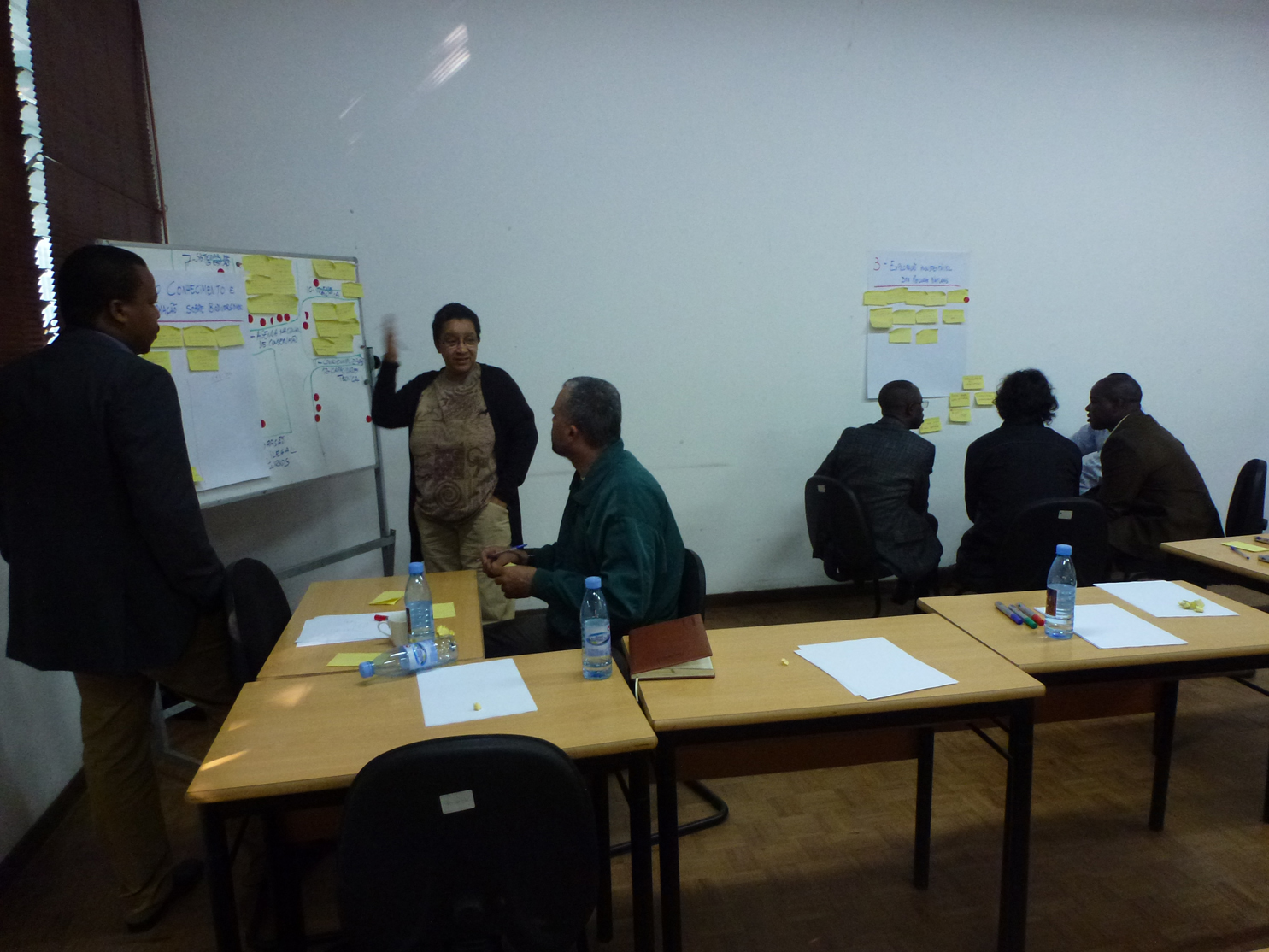 BIOFUND, a new Conservation Trust Fund, has recently been established in Mozambique aiming to support the conservation of aquatic and terrestrial biodiversity and the sustainable use of natural resources. This case study outlines the process the organisation followed to develop its first strategic plan. Key challenges included the need for strong coordination to ensure participation of key civil society, government and donor stakeholders to ensure buy-in into, and relevance of, the resulting plan. A highly participatory planning process was conducted, resulting in a draft of its five year strategic plan.

BIOFUND is a recent institution governed by a board of trustees appointed at the end of 2011. It has an executive director, nominated in mid-2012. At the time of this work, no other staff was in place to support the execution of tasks within the foundation, including to participate in drafting and thinking on the future path of the organization.

Due to the number of stakeholders needing to be involved in BIOFUND’s strategic planning process (16 organizations contacted), a series of preliminary informal meetings were held with all relevant key stakeholders, who i) were involved in the establishment of the Foundation and ii) would be future instrumental partners for BIOFUND to achieve its aims (i.e. BIOFUND’s board members, Government departments, donors and NGOs). This was important since the Foundation does not directly implement activities on the ground, and thus in order to achieve their goals and mission they are profoundly dependent on strong partnerships with other organizations.

The meetings also served to get a feeling on the degree of willingness of the key stakeholders in being involved in the strategic planning exercise and identify any sensitive matters a priori. A number of external and internal issues were registered which were useful in designing the approach for the strategic planning process. The informal meetings also highlighted the existence of a number of misconceptions and different interpretations of what strategic planning is. To help clarify this, Terms of Reference were drafted to explain what ‘Strategic Planning’ was, what it enabled an organization to achieve, the steps it required and the information that would be included. All presentations that followed also provided this information, reducing the chance of stakeholders involved in the process expecting different results from what was intended. This was especially delivered to key individuals (e.g. board members of BIOFUND and donors) that would be instrumental in providing support, credibility and acceptance to the process.

The following phases were used for the Strategic Planning process:

The main objective of this phase was to foster participation of key individuals from relevant stakeholder institutions in the strategic planning process. It also served to raise our understanding of what each stakeholder perceived as the main critical issues threatening biodiversity conservation in Mozambique, and to get a feeling for their expectations regarding BIOFUND. The meetings were also useful to schedule a date for the situational analysis workshop that suited key stakeholders. Close communication was kept with all key individuals to try and guarantee their presence at the workshop.

The Situation Analysis workshop was held on one day, with representatives from the government, civil society, donor and academic sectors. The chairman of the board introduced BIOFUND and its board members to the participants, and outlined the foundation’s desired contributions to conservation in Mozambique. The workshop started with a short presentation on strategic planning, including a definition and clarifying the basic elements and phases of the strategic planning process.

The participants were then asked to identify what they considered the main critical issues for biodiversity conservation in Mozambique. Each person noted at least three issues, and all participants were given a chance to share an issue in turn. More than 70 issues were raised, but there were many similarities so, after some discussion, the group was able to merge these into eight issues. The participants were then asked to prioritize the top most critical issues based on the criteria such as scope, severity and irreversibility. This resulted in the selection of four themes, which were analysed in more detail, identifying their causes and effects.

The results of the group work were later mapped out using yEd Graph Editor (a free resource available online) in order to present the Situation Analysis more clearly. This was important as, given the complexity of the issues, there were moments where participants seemed to have difficulties separating an issue that was a cause (e.g. lack of qualified human resources, weak law enforcement) from its resulting problem (increased illegal activities, loss of species). The resulting maps were shared with participants, providing them with an opportunity to review the linkages between the causes, drivers and effects. A report with the results of the Situation Analysis workshop was produced and shared with all stakeholders that participated in the process (including the ones with whom the Foundation had a preliminary meeting but could or did not participate in the workshop).

To make the most use of the time available by the board, a working group was established to review the Situation Analysis, align it with the existing draft vision and mission of BIOFUND, and draft strategic objectives based on the prioritised critical issues, including and a few strategic actions. The working group was composed of representatives from the government and conservation NGOs. The intent was to have a small group that was representative of the key stakeholders and who could actively participate in the process.

The working group’s outputs were next presented to the board and all key stakeholders involved in all stages of the process. Each proposed strategic objective was critically assessed based not only on its relevance to the conservation sector, but also to BIOFUND. BIOFUND also decided to review their vision and mission statements.

For any facilitator of a strategic planning process, it is valuable to understand the history of an organization to provide insight into relationships, strengths and any possible frictions. As such, the preliminary meetings were very useful in preparing for the process. The process of strategic planning is as valuable as the plan that results from it. Ensuring participation of key stakeholders at relevant stages in planning helps can build support for your organisation’s aims and activities. Establishing a working group composed by members approved by the board can serve to maximize the time available to busy board members, and overcome a lack of staff to lead the planning process in newly established organisations.

The impact of this exercise goes far beyond the drafting of a Strategic Plan; after the discussions, most of the participants see themselves as partners in advancing a conservation agenda in Mozambique. It is expected that from now on we consult with them on a regular basis – and we report progress in the implementation of the various activities suggested.

Want to find out more?

Some of the main tools used include the following:

Following the situational analysis workshop, the yEd graph editor was applied to map out the causes and effects of main problems identified. A series of presentations were prepared for the board and partners of the foundation to apply.

Login or Register to add and review resources